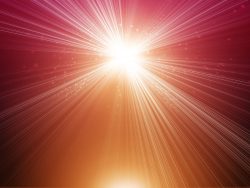 What better way to close out the old year than with a celebration of healing the past.

The definition of introspection is self-examination, analyzing yourself, looking at your own personality and actions, and considering your own motivations. This is the perfect description of the client I worked with recently. She’d had an exciting revelation since our previous session:  She realized that she felt better when she was away from her husband. Because he is not emotionally available she can’t have the heart connection she wants with him. She recognizes it as her dad modeled being emotionally available as she grew up.

Since her self-labeled epiphany, she had been losing weight and felt better physically. However, when she’s around her husband she goes into feeling overwhelmed and hopeless.

The question she posed for her session was, “What holds me back from having what I want in a relationship?”

Going back to one more scene we find a hopeful 6 year old, playing in the grass. After enjoying these good feelings for a few moments we moved to a new scene that contained information about her goal. She was now indoors with her mom who was not only sick but unconscious. She reported that her mom had died. Eight year old “Samantha” is scared… who will take care of me?

There were a number of ways to help the 8 year old resolve her fear. In this instance I used a run and change history process. In the created version her mom got well, remarried a wonderful man, bringing a father-figure into her life. There was joy and laughter in her family now. The parents were connected and vulnerable to each other and to her.

At the end of the session the client reported feeling much more courageous, open and vulnerable. She was now able to allow a curious attitude of, “What’s next?” free of any fear. She came out of trance literally radiating joy. We had the session online so she could see the effect immediately. I wish I could post a before and after picture so that all of you could see her face transform into this joyful expression.